TRENDING
Home / Tourism in India / The world is on the move

The world is on the move

Tourism is considered to be a major social phenomenon of societies across the world that is driven by the natural urge of every human for new experiences, and the desire to be both educated and entertained. Also with the basic human thirst for new experience and knowledge becoming stronger, and communication barriers vanishing with the help of technological advancements, people are accepting global travel comfortably.

The World Tourism Organization (UNWTO) forecasts that international tourism will continue growing at the average annual rate of 4 percent. It also suggests a strong correlation between tourism expenditure per capita and the degree to which countries play in the global context. Not only as a result of the important economic contribution of the tourism industry, but also as an indicator of the degree of confidence with which global citizens leverage the resources of the globe for the benefit of their local economies. This is why any projection of growth in tourism may serve as an indication of the relative influence that each country will exercise in the future.
Taking tourism towards its tech-age dimension will be the space tourism which is expected to resume in 2012 with better technical advancements. Although compared with traditional destinations, the number of tourists in orbit will remain low until technologies such as a space elevator make space travel cheap.
A recent UNWTO report (which assesses highest annual tourist footfalls) points out the top 10 global destinations as: France with 67,310,000 tourists United States with 47,752,000 tourists Spain with 43,252,000 tourists Italy with 34,087,000 tourists United Kingdom with 25,515,000 tourists China with 23,770,000 tourists Poland with 19,520,000 tourists Mexico with 19,351,000 tourists Canada with 17,636,000 tourists Hungary with 17,248,000
tourists

India at a glance:

India has emerged as one of the fastest leading travel, tourism, aviation and hospitality powers in the world. According to a survey, passengers annually travelling by railways are 5.8 billion, by domestic airlines 15 million, and by international airlines 7 million. Over the next decade, World Travel and Tourism Council (WTTC) estimates a demand hike of 8.8 percent annually which is the highest projection across the world.
India is one of the largest contributors in developing an attractive outbound market in the world. Since it is the biggest market, the number of outbound travellers from India is increasing every year. Having achieved footfall hikes like 3.46 million in 1996 to 8.34 million in 2006, the industry is still continuously recording much stronger growth. Since Indians are generous as well as good spenders, numerous international and national tourism organizations/ boards over the decade have increased their marketing and promotions and have opened tourism offices/GSA/PSA in India.

India is the hotspot for foreign tourists. An analysis of tourist arrival states that UK has become the largest tourist market for India surpassing the USA, the leader so far. Presently, UK has 16.5 percent share in our total arrival followed by USA 15.7 percent. The arrivals from top 10 international markets in India are UK, USA, Canada, France, Germany, Sri Lanka, Japan, Australia, Malaysia and Nepal.

It is also important to mention that large number of domestic tourists travel to various states/destinations in India. The domestic tourism in the country has seen phenomenal explosion.

i am an engineer by profession and an avid traveler from past 5 years. I have keen interest on food, culture other than scenic beauty of places
Previous coming soon
Next Tirupati 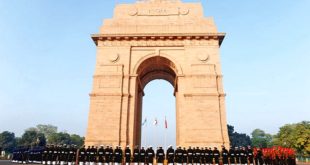 In India you can travel every month 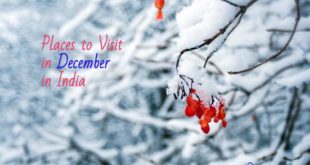 Best Places to Visit in December in India 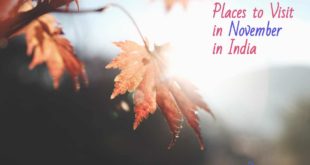 Best Places to Visit in November in India 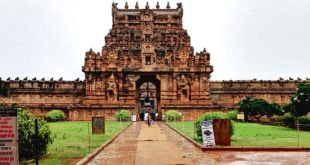 The mystical South India in itself provides exemplary relics of the lost away civilization which ...