“Dabbaguli”, huf… difficult to convince people that it is a place in Tamilnadu where the sign of Eastern Nilgiri clearly visible with same greenery and small hills with beautiful River cauvery adding sweet music to the haunting ambience.

15th August, Monday, We started by 7 in the morning from Jeevan Bima Nagar. Selwyn, Niraj and Dani unaware of the place and slightly off mood (missed kutralam trip on Sunday). I was driving Glamour with Niraj on back, Selwyn and Dani on FZ. We follow hosur road (BETL) till Chanadapura, here we took right towards Anekel and then Thally. By 9 am we reached Thally, a small village in Tamilnadu. Thally is also called as “Little England” because of its weather and long farmlands and lakes, but we didn’t spend time there to explore it. We had to reach our unexplored place as early as possible. We were hungry and therefore stopped our bike near a small idli -bada shop. After half an hour our stomach was full with idli, bada, dosa, pooris…and a cup of tea. 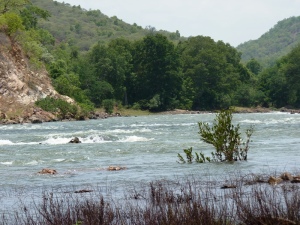 Soon we started for the Hunasanahalli our next stop from here (thally). We had to stop frequently to ask from the local people the way to Hunasanahalli. The route was somewhat not ok some time we had to pass the villages with mud road. We reached Hunasanahalli by 11 o’clock, there we stopped for a break and asked for the further route to Dabbaguli. We had some drinks and snacks as it was hot in the afternoon. 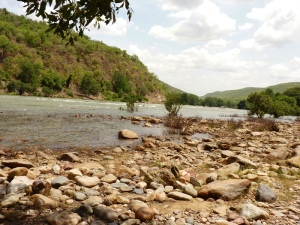 We started again and observed that the people on the way were voluntarily guiding us as if they knew where we were going. But then also there was a time where I missed the route and diverted to different route, where as Selwyn and Dani went to different route. This became a matter of panic as there was no mobile signal on this area. For few minutes I thought this was an end to the journey. But somehow one person helped us in locating our other two friends. We met once again and laughed on the catch 22 situation we encountered a while ago. 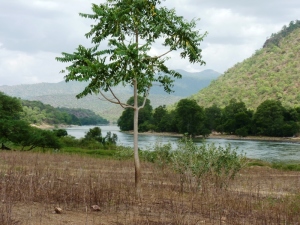 After 7 km from Hunasanahalli we had to take left on mud road, this was a total ride in jungle area climbing up and down the hill, many a time we I had to take 1st gear to keep on road. Finally after crossing one of the hill, we saw river Cauvery flowing with full water on the bottom of the hills. It was 120 km in our odometer. 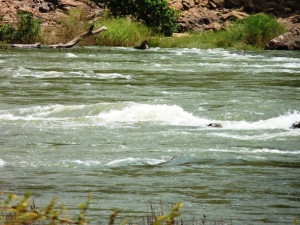 For few minutes we took the glimpse of the place and then, without much delay we went inside the water to getaway the scorching heat. It was really soothing inside water, it was clean and calm on the bank. We spend some one and half hour in the river and another half hour to take photos of the Ghats. By 2.30 pm we decided to return as we thought of capturing some beautiful scenes which we missed on the way. We reached Bangalore by 7 pm in the evening, we took state highway direct to Hosur which was little longer but a smooth riding.
South India rural villages and some eye-catching scenery on the way we found was a really good experience. 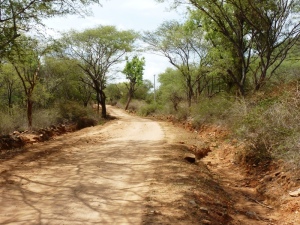 This is a government protected Eastern part of Nilgiri Ghats. The same river Cauvery is flowing from Bheemeshwari towards well-known Hogenakal waterfalls. It is said that the elephants visit this area in the evening for drinking water.
As the place is unexplored there are no resorts or place to stay here. Only local villagers visit here.
We found many people came in four wheelers and sat on the riverside with full bottles (hot) & snacks. The idea seems a really good for the kind of ambience one will get there, but the ride on the hills is really risky on this place.

Best time will be July to September as the water on the river will be more, but there should not be rain on the day you plan for the journey because it will be tough to ride on mud road.

i am an engineer by profession and an avid traveler from past 5 years. I have keen interest on food, culture other than scenic beauty of places
Previous Exploring My camera:Manchanabele Dam
Next Kotilingeshwara 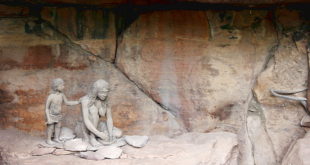 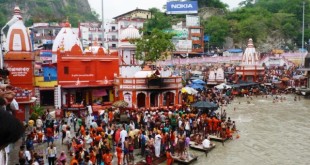 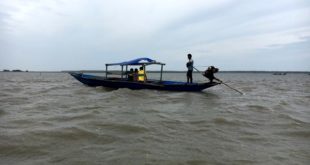 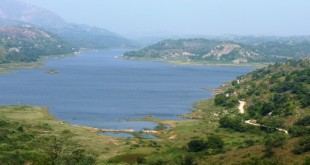 Manchanabele Dam is situated in manchibele village of Magadi Teluk of Bangalore. It is built on Arkavathi River for irrigation ...