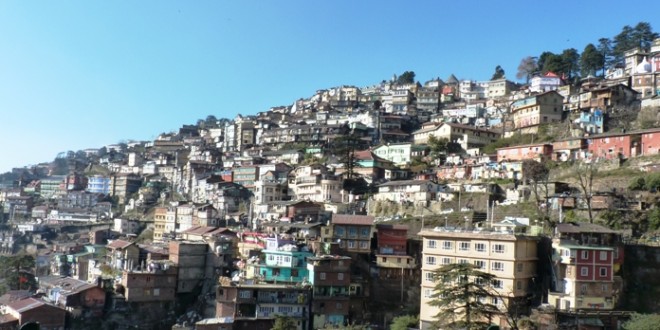 My Bike Ride From Chandigarh to Shimla

“The hairpin road, one side hill other side valley, the rope rail across the valley and the Toy Train on the hill. All will mesmerize your eye on the way to Shimla. It is amazing to see elegantly build houses and resorts on the hill, some of them will be seen at the peak as if touching the sky. The beauty of the region is unequivocally astounding. And riding on these places is an out of world experience.”

Here I am narrating my first journey from Chandigarh to Shimla by Road.

It was 11 O’clock in night my Jijaji (brother-in-law) talking on phone. “Sir jee, do u have Xylo free for tomorrow, I wanted it for a day trip to Shimla”. “No sir”, reply came. He dialed another number the person didn’t pick the phone, then he called another person he picked but the message came, “Sir abhi to adhi raat ho gayee hai kal baat kartein hai”. (Now it is mid night call me tomorrow). I and my Didi (elder sister) looking at jijaji’s face, papa mammy busy with kids but one ear open towards Jijaji’s phone call. Actually the work of hiring a SUV especially Mahindra Xylo (as requested by me) for Shimla trip was entrusted to his fellow colleague, who according to him had ditched at the last moment. All were excited for the trip but finding vehicle in the midnight appears chimerical. All faces were glum. It was 11:30 pm, I uttered slowly, “don’t worry Jijaji we will go by bike”. All started staring at me as if I spoken something unethical. “But only I and Jijaji”, I added. All faces again went down but Jijaji’s got excited and exclaimed to say “great idea”. Then I asked, “whether your bike is in good conditions”? He told “yes recently only I serviced my bike”, he replied. “Good”, I exclaimed. My next question was “which bike you have as I really forgotten the name”. He replied “Bajaj PLATINA 100cc”……..oh God…PLATINA 100cc for Chandigarh to Shimla….two people…..one day……how….??……why..?? @#%.

We woke up at 6:00 am next day after 5 hrs of sleep. We could not do anything in night so first thing I started was packing our bag. Winter had just started therefore I kept some warm cloths, also expecting more cold at Shimla, I took thermo-coat, hand gloves and mufflers, a water bottle and off course my camera Fz-35. Suddenly Jijaji came with tooth brush in his mouth and said, “Ramesh ji I have only one helmet”. “That’s true and valid too everywhere in India only rider is wearing helmet pillion doesn’t”, I carelessly replied. But I came to know from them that in Chandigarh helmet is mandatory for pillion also. Our problem was solved soon when my Didi brought one helmet telling that she borrowed from her neighbor. Indian housewives are very good at this as they still work on barter system which their men are not aware of. Though there was some relief to see new helmet but missing glass in that again raised my concern. What’s the use of a helmet without a glass? Sometimes I feel neighbors help us for the sake of helping. But soon I realized that rather than neighbors’ it is ours fault that we had not planned properly. Soon Jijaji gave me his Ray ban goggles, which was really a good idea as a substitute for the missing helmet glass.

By 8 o’clock we were ready on sports shoes, leather jacket and helmet on head, a near to sporty attire. After taking a cup of tea with family members we sat on bike. Jijaji pressed the gear pad and slowly took the accelerator to overcome the inertia and we come to a dynamic state. I sitting on the back seat was waving my hand bye bye to family while leaving the Colony Street.

The route from Chandigarh to Shimla is very simple and straight. One has to catch NH22 and follow that till Shimla. Very soon we reached Panchkula, where we took diversion towards NH22. It was 8:15 am mild sunlight from the east had painted the sky with yellow. The weather was as good as our mood for the trip. NH22 is a nice road and taking advantage of morning we were rushing speedily. Soon we reached Pinjaour, where we stopped on a petrol bunk and took Rs 500 petrol. One way distance to Chandigarh is 120 km therefore keeping that in mind Rs. 500 petrol was enough for the trip. There we swapped and I took the responsibility of driving as my passion for bike doesn’t allow me to sit back for the longer time. We reached Kalka after 30 km drive. Kalka is starting of hilly and curvy road till Shimla. It is also the starting point to board narrow gauge train (also called as toy train) to Shimla. The train route is registered in the UNSECO world heritage site for its popularity. We didn’t see the railway station but as we headed on the hilly road our excitement raised, the roads were curvy but nicely maintained. After few minutes we reached a height from where the curvy road on the down was clearly seen as a nicely cut sculpture. We stopped for a while to take some pictures, and again moved on. The power produced from our 100cc bike was not sufficient enough to allow me to overtake on those sharp turn road. I was maintaining 45-50 kmph speed with frequent change in gear. The limit of Platina was obviously abating the fun of riding, but it matters less when your attention is consistently drawn by nature‘s unfolding beauty. On the way we also saw some rope rails connecting one hill to the peak of other.

We reached Dharampur by 10:00 am. There we stopped near a dhaba for breakfast. The route is so much famous that you will find every place as a tourist destination and small shops, dhabas and resorts at every 5-10 km distances.  We had Aloo parathas and a cup of tea to energize our body cells. We reached Barog and then Solan. There are two routes from Barog to Solan one is through city other is on the other side of hill, we choose later one to see more of nature’s extravaganza. We did lots of photography on the way; some landscapes were really eye catching. After crossing Solan we spotted the Toy train on one of the hill, it was passing inside one of the tunnel. I stopped and tried to capture it in my camera too. It was really fun to

see this train hiding in some of the place and suddenly seen at some other place. I took many photos of the train while running on the hills.

It was 1 o’clock by my watch. We were into a densely populated hill with all kinds of architectural building having all facilities of a flourished town. We were inside “Pahron ki rani Shimla”. We had thoroughly enjoyed our journey which costs an hour more to reach Shimla. We spend some three hours in the city and had lunch, before deciding to return.

At 4:00 pm we started from Shimla, neither to stop nor to explore any region as we had not left any while coming, our target was to return home by 8 pm. By 5:30 pm the sun sets and the orange light started darkening. We stopped at one place, and put on our thermo coats and gloves. I sat on the back while Jijai was driving. It was dark now the city on the valley was sparkling like stars have fallen from the sky. We were riding on the dark night where only lights on the road were either your vehicle’s head lights or other vehicle’s headlight. Some places it was so difficult to see the turns that we could not identify the way unless we reach very close to it. It was really horrifying riding on the tortuous road, and to add some special effect the bright round moon come from behind one of the hill. It was looking so big and bright as if it was only available CFL in earth. Now I feel that it is very sedative to write many poetic lines on chandani raat (full moon night), but very horrifying to actually feel it. Jijaji was driving at 30 kmph speed, but many times he use to put off the engine as we were descending the hill. We stopped at one or two place for hot tea and snacks to keep our body warm. By 8 o’clock we reached Kalaka from where we came to plain roads and left the hill, by this our exciting journey come to an end. Though there was a great difference in going and return journey but both had the same level of adrenalin rushing into the body, and the excitement inherent in both the journeys will remind this trip forever.  We reached home by 8:30 and had dinner with family.

i am an engineer by profession and an avid traveler from past 5 years. I have keen interest on food, culture other than scenic beauty of places
Previous Halebidu
Next Tehri Ride in FZ 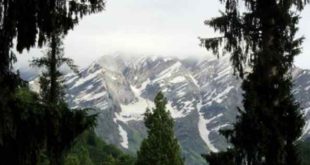 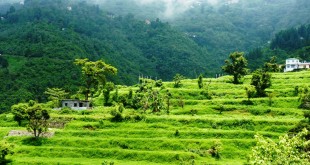 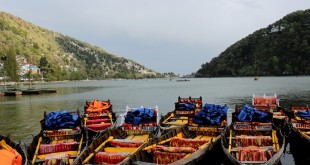 Nainital A City of Lakes 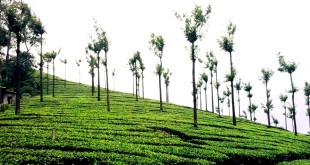